A classic mug club making a name in Davis Square.

The goal of this design project was to inject new life into the long standing Davis Square favorite, Joshua Tree. We wanted to create a warm and welcoming place that felt like it had been there forever – while at the same time giving this very discerning neighborhood a new and exciting place to hang out. In a nutshell, the room had to completely change while simultaneously not really changing at all.

We knew we wanted to make a classic American tavern – which should be a short drive away from the Irish pub we were starting with. That said, it was quickly determined we would have to nearly gut the place and start from scratch in order to make the project a success. We brought in warm reclaimed woods, vintage fixtures, and a snappy white mosaic floor to act as our base. The original ceiling tins still remained but had been painted silver last decade so a delicate restoration was in order to save them. Beer is the show here… so wanted to create a bar that was not only nice to look at but was a functional way of displaying over 200 custom designed beer mugs that are the coveted award given when a patron has officially consumed one of every beer they serve. 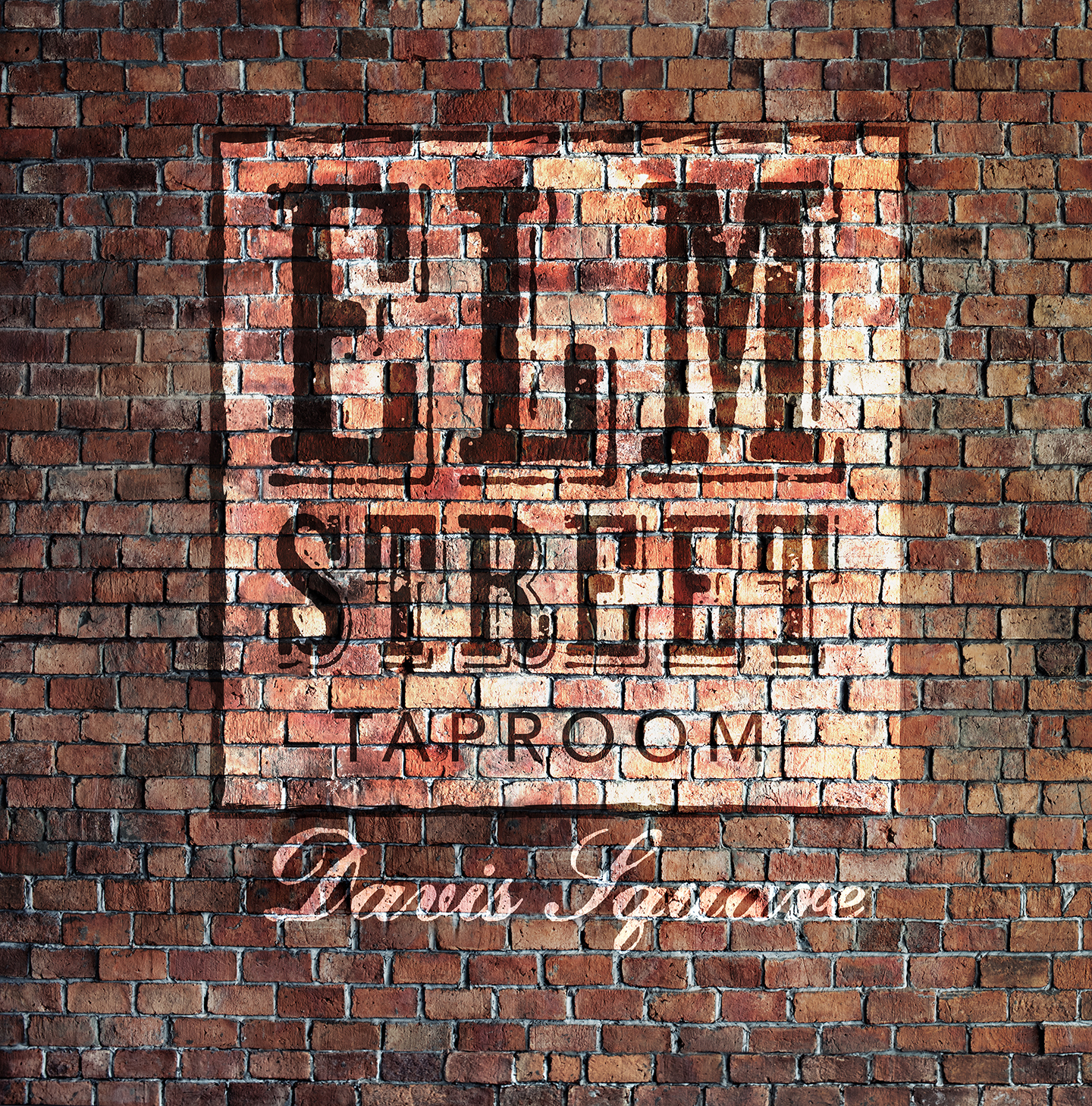 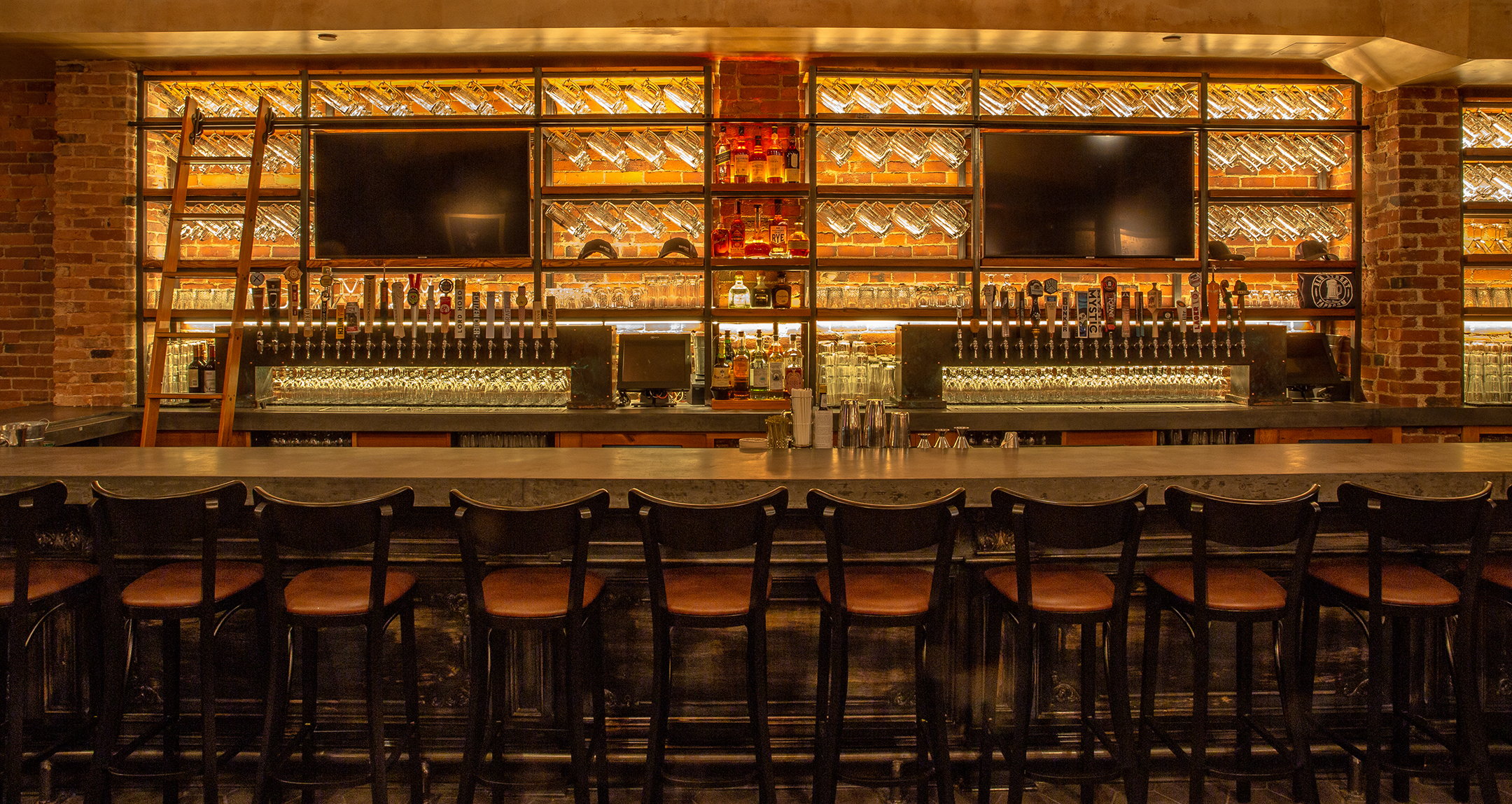 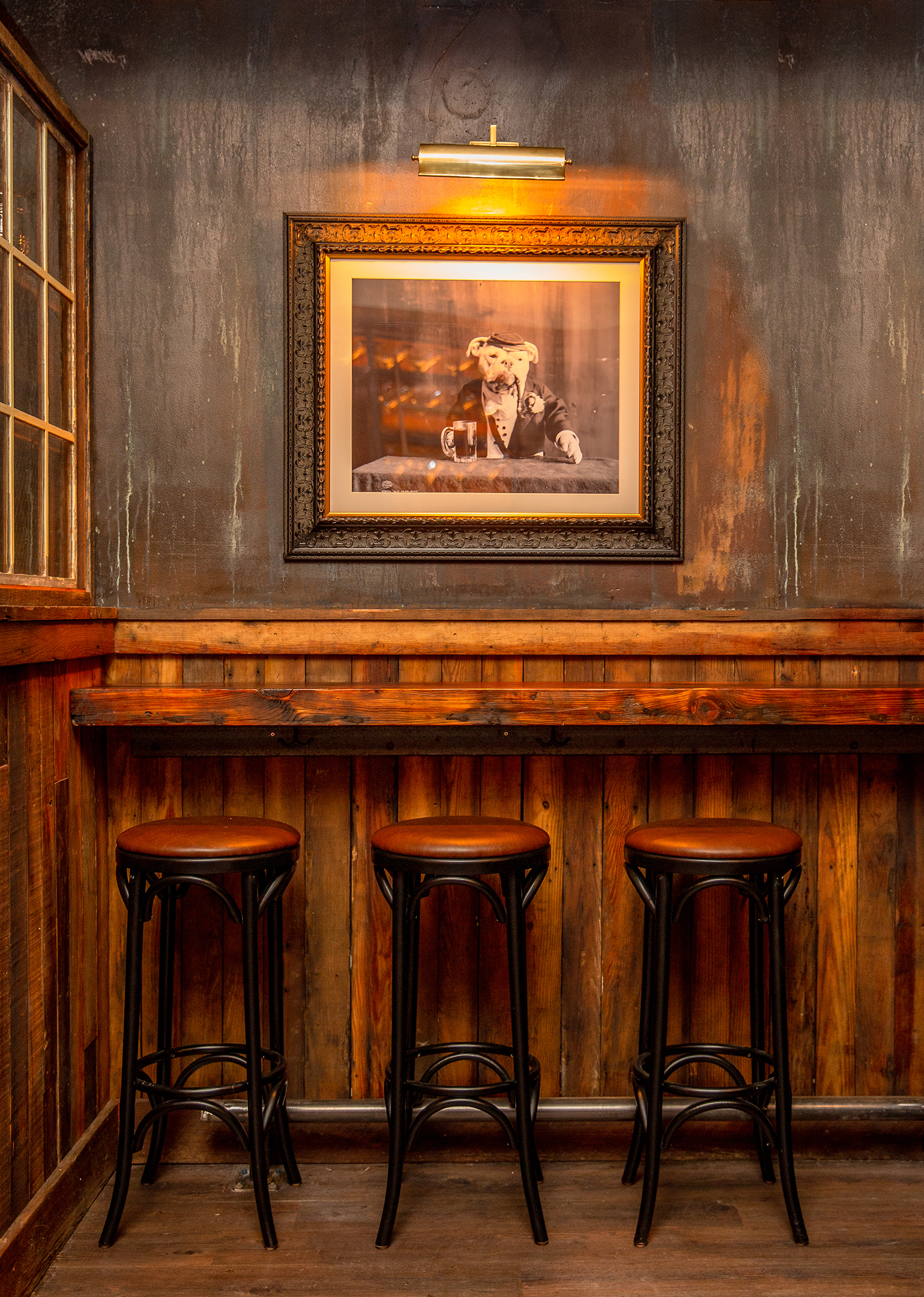 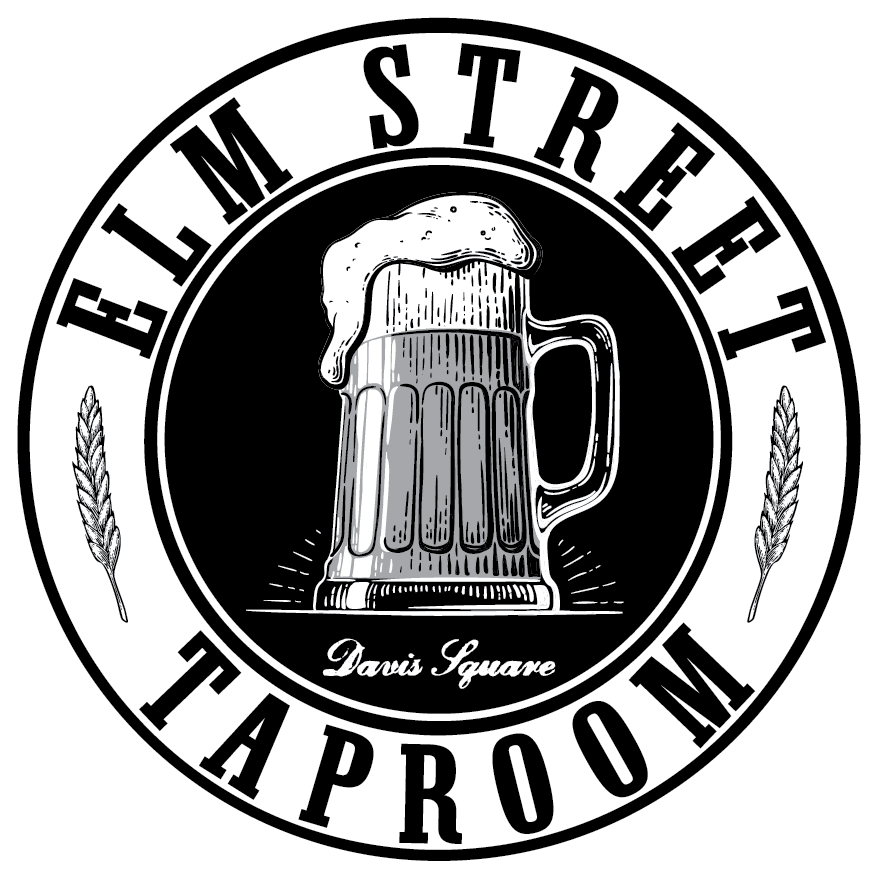 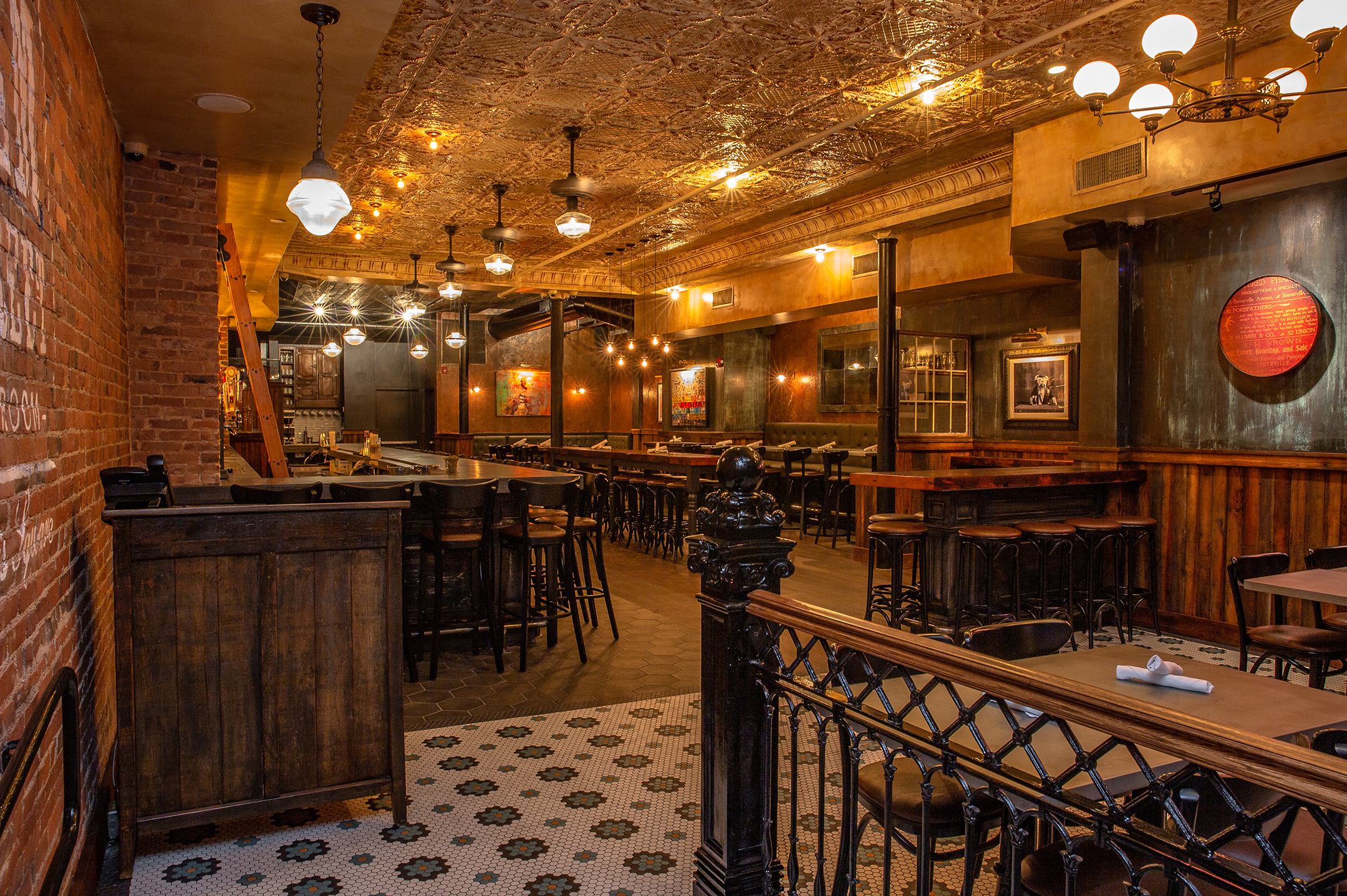